As a bootstrapped company we appreciate how to handle our resources, both in terms of financial capital, as well as human effort. Building a SaaS product while not pursuing investments can be a challenging task. And it has been.

But the one sure-shot lesson we’ve learned when it comes to hiring is not hiring for the sake of hiring. When adding a team member to go along in this adventurous, yet fulfilling journey with us, we value both the technical and personal skills that a person brings to the table. However, it’s not always possible to find the right fit for your team within the geographical confines of your immediate location. And so began the search for a developer who wasn’t in the same area. Or city. Or country. Or time zone.

While every type of role is crucial for building your product — be it marketing, design, or customer support — the role of developer brings a unique set of challenges and responsibility inherently.

The first, and most important characteristic, that our team looks for is having someone who is trustworthy. Add to this a quality of hungry for answers if you don’t already have them, and voila! You’re starting to look at a very promising combination for the kind of developer who will be a contributor rather than a passenger. Apart from these, technical skills are of course, necessary, but how the person communicates is also important.

Why go for the remote option?

Not every team and project is the right fit for working with a remote developer. In our case, we chose the option we’re a bootstrapped team and so resources are at a premium. It’s not always easy to find someone with the skillset we want, and within the financial compensation, we can offer.

But many teams like Basecamp and Zapier choose this option because they believe people do the best work in an environment that is comfortable to them. Productivity for some is higher from their own desk/bed rather than a cubicle or office desk. What these teams save on resources for physical office space, they can invest in the compensation to remote workers and benefits for the entire team. So much time is saved that would otherwise be used for traveling or being stuck in traffic.

Another reason is that it removes the limitations of geography. You’d be amazed at how many great developers reside in non-conventional tech cities.

Things to keep in mind with remote developers

Check for the right fit

If the person doesn’t match the ethics and style of work in your team then it’s going to get more difficult to work as time goes by. If your team works strict hours then find someone who is motivated to be on the same wavelength and doesn’t need constant micromanagement.

Basecamp calls it hiring a ‘manager of one’, which is a pretty apt way to put it. A developer who has the same priorities on issues like code maintenance, documentation, and testing is going to fit in more seamlessly than someone with whom you have to constantly sort out these points. People with the same culture also have a lower churn rate and tend to put more effort into the code they’re writing because they believe in the project.

Look for developers who can effectively communicate in written and spoken form. When you have issues in the code or when a high-level concept has to be translated into concrete code, the ability to communicate is crucial. Developers who can break down ideas into simple thoughts without getting stuck in jargon and technicalities are more adept at working remotely.

In addition, this means that the person is an effective listener. Much of communication in remote work is over Skype calls or video conferencing, so it helps to have developers who are receptive to ideas and adept at hearing others out.

Whether hiring for freelance work or for full-time work, building trust helps avoid paranoia and misunderstandings. Treat them like part of the co-located team and keep them in the loop.

Transparency removes doubt from the relationship and keeps everyone in sync about development time and expectations.

Set aside time to onboard new recruits

The initial period when a developer joins your team is a great opportunity to develop a comfort level in the relationship. Bringing in new recruits to the HQ is one approach. This gives them the opportunity to attune themselves to the team and the team to build a one-on-one relationship with their new colleague.

For teams that don’t have a physical workspace, assigning a mentor to new team members is good practice. The mentor can help get the new recruit up to speed on team policies and protocols. They can also provide feedback to new members, and collect feedback as well about what worked during onboarding and what didn’t.

Be clear about their role and duties

Speaking of expectations, be clear at the beginning about what their role entails and what is expected from them. Document what are the duties assigned to their job so that there is no confusion later on.

Don’t be vague in descriptions. A great way to anticipate everything that will be required of new developers is to have first-hand knowledge of the role. The best time to establish all ground rules is when you’re interviewing the developer. Clarify the stack they will be working on and your plans to scale so that there’s a lesser chance of surprises later on.

Have designers work closely with developers

Having the design and development team work in tandem is something we strongly advocate. It’s even more important to do this when developers are working remotely. The biggest advantage of this is that feedback loops are short and there are minimal delays in going over iterations.

If designers and developers work on separate teams, inevitably one hands-off material to the other, and then it becomes a potential choke-point in the workflow. Since designers and developers cannot have over-the-shoulder meetings when working remotely, they need to be on the same page early on. Exchanging feedback early and making changes right then is much easier than course correction at a later stage. In such situations, collaboration can be made easier with zipBoard, so people in different roles across a team can share their feedback with one another.

Nothing beats getting some face time with remote team members. Most remote organizations organize team retreats at least once a year. This allows team members to develop a personal connection with their colleagues.

Whether you have a 100% remote team or a partly co-located and partly remote team, get everyone together outside to work to bond. Balsamiq, who have part of their team co-located in Italy and the rest working from countries including USA, UK, Germany, etc. plan fun activities and book an entire hotel/residence for themselves to ensure that no one gets left out from team retreats.

This one is especially when working with freelancers. Before you start off the project define the scope of work, cost involved, and get an estimate on the time commitment required. Also, establish contingency plans for what happens in case the project goes overboard.

Draw up a contract that documents all the terms properly. Have a warranty period in place so that the team can test out the project that has been delivered before the contract completely ends.

Some of the leading tech organizations today are going with the option of remote teams. Not only does this allow them to target a larger talent pool, but it also gives developers the freedom to work in an environment that is most comfortable for them.

It is largely anticipated that more and more organizations will shift towards remote work in the future. Many websites such as Remote.co, WeWorkRemotely, Stack Overflow, and FlexJobs provide a great resource to find the right remote talent for your team.

For finding freelancers, you should look at Upwork, Fiverr, Toptal, Crew, Freelancer.com, and Gun.io.

In case you liked this article you may also like this:
3 remote developers, 1 million happy users

Request a personalized demo of zipBoard to collaborate and exchange feedback effectively. Whether a developer, designer, or project manager, zipBoard makes remote collaboration incredibly easy with task management and annotations. 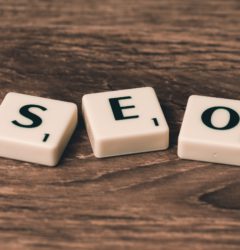 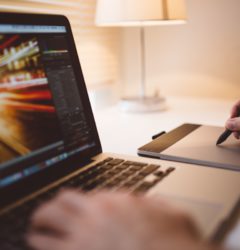 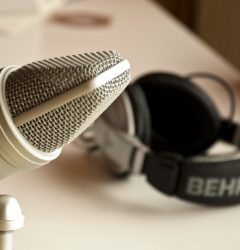 5 Challenges of Developing an eLearning Course

How to Make a Program Management Plan